The News from Coldwell Banker Ackley... 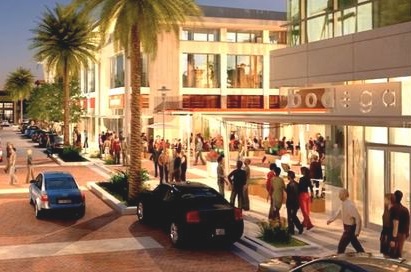 
If you thought Lake Nona was teeming with construction before, just wait.

The 17-square-mile southeast Orlando community this month is gearing up plans for at least three new big projects, is adding to a fourth and preparing to expand a fifth — in all, close to $1 billion in construction value.

Check out the details in the map and below.

Expected completion: Tenants to being debuting by year’s end

Impact: These are the next round of tenants in the 467,369-square-foot Lake Nona Landing shopping center, which already features a Walmart Supercenter and Sam’s Club, and brings a huge, much-needed shopping and dining element to the area.

Status: Grading to begin this summer, foundation work to start in the fall; general contractor has not yet been selected.

Impact: An Amazon fulfillment center is landscape-changing for the community, as it would bring thousands of jobs to the region as well as give Orlando better access to Amazon Prime, the e-commerce giant’s fast-spreading same-day delivery service.

Status: Atlanta-based developer Seefried Industrial Properties Inc. submitted permit documents on May 19; the Orange County Commission was slated to approve the project on May 24; Amazon is expected to sign on as a tenant in the facility by next month. The land is still owned by Tavistock Development Co. LLC’s related entity, Crockett Development Property LLC.

Plans: 1.2 million square feet of shops, restaurants, services and entertainment facilities — including a brewery, bowling alley and medical fitness facility in partnership with the University of Central Florida — along with about 200 hotel rooms and structured parking

Impact: Will bring a new entertainment element to Lake Nona, generating jobs in addition to the 5,000-plus already created by the 650-acre Medical City life sciences hub and the $100 million USTA National Campus

Status: Construction is expected to start by year’s end.

Status: Permit valued at $10 million was issued by city of Orlando on May 17 to start construction; Franklin, Tenn.-based The Parkes Cos. is the general contractor; Kansas City, Mo.-based Populous is the project architect; Walter P. Moore is the structural engineer; ME Engineers is handling mechanical, electrical and plumbing; and Howe Engineers is the code engineer.